“Thanks to the Calm Birth Method, I was able to stay relaxed and calm throughout.”

This lovely lady send her story in to us, expressing her wish to share  her story with TCBS Community!

“My birth story begins before I went into labour with my third child. It begins in the middle of my second trimester. I knew that my third child would be a little bit more difficult than my last two children, I just knew. Around 24 weeks, my daughter lay transverse. It made laying down uncomfortable. When she later went head down, I was relieved. I knew she was head down with her kicks in my ribs. But then, she started to flip weekly. During the work week, she would remain head down. However, on the weekends, she would flip to the breech position. Her head would push up into my left ribs. At the time, I didn’t worry about her being breech because I read that there would be plenty of time for the baby to go head down.

At 34 weeks, she went breech and stayed breech. I wanted to avoid a caesarean section at all costs because my husband was slated to deploy shortly after the baby was due. I wanted to be able to handle walking around and taking care of the house hold while he was away. I discussed an external cephalic version with my doctor. They did weekly ultrasounds to verify she was head down and at 36 weeks, we scheduled an ECV for 37 weeks.

At 37 weeks, my baby was still breech and we proceeded with the ECV. I opted for an epidural during the procedure. I was scared during the whole procedure. But, thanks to the Calm Birth Method, I was able to stay calm and relaxed. There was some difficulty with turning my baby because her butt was stuck in my pelvis. They tilted me back, which helped get her out of my pelvis, and completed the procedure. The nurse kept commenting about how calm I was because of how difficult it was to turn her.

My guess date came and went and my baby stayed head down. At my 40 week appointment, I was 2 centimeters and the doctor did a sweep. I had some cramping afterwards, but labor did not start on its own. This was the second sweep I had and no real progress. I did my best to stay calm. I attempted nipple stimulation to try to get labor going, but it did not jump start labor.

On 40+3 weeks, I had surges about less than 10 minutes apart for about 5 hours, starting around midnight. I was able to remain calm and relaxed throughout all of the surges. I stayed in bed, even though I couldn’t sleep through them. At about 5 a.m. the surges stopped. My work wanted me to get a note from labor and delivery to stay home after getting only 2 hours of sleep. I went into labor and delivery and I was at 4 centimeters. The doctor gave me the option of breaking my water to induce labor. Since my work had not been very accommodating for me lately, I opted to have my water broken. By the time I got to the labor room, I was at 5 centimeters. And then my doctor broke my water.

Over the course of a few hours, the surges picked up a bit and I was able to remain relaxed. This hospital allowed intermittent monitoring and let me move around during labor. The nurses were very helpful and even showed me positions that would help labor move along and cope with the surges. After about 4 hours, I was still at 5 centimeters and the surges slowed down. My doctor gave me the option of pitocin to get labor going again. I decided to go with it. My two previous pregnancies were induced and I did not feel satisfied with how those labors went. However, this time around, I felt confident that I would be satisfied with my labor.

At 3 P.M., I was at 6 centimetres. But the surges were starting to become more intense and close together. At 4:30, I asked to be checked again because it felt like I was getting close to push. I was at 8 centimetres then. But as soon as the doctor left the room, I had two surges really close together and I felt like I had to push. As soon as the nurse checked me, I was crowning. I couldn’t resist the urge to push and my baby was out faster than I could imagine. The doctor didn’t even have time to come back in the room. Later, the nurse told me that was her first time delivering a baby.

My labour didn’t go as I had imagined, but I felt like I got the closure I needed for my last pregnancy. I laboured without my husband because his work wouldn’t let him go. I didn’t have the music that I thought I would want, because it was in the car with my husband at work. My labour didn’t start on its own. And when the surges got closer and stronger, I got noisier than I had hoped. But, I was able to birth my daughter without an epidural. My first two labours, I ended up getting an epidural and had high blood pressure during both of the labours. And I felt so disappointed in myself for caving into an epidural. Thanks to the Calm Birth Method, I was able to stay relaxed and calm through every surge. My blood pressure stayed low during the entire labour and birth. After everything I learned, I feel like I got the closure I needed and felt very satisfied with it. It felt perfect. The nurse that delivered my baby was also there for my ECV and kept commenting that I did a great job. I don’t think it would have turned out that way if I hadn’t found the Calm Birth Method. Little Lily came into the world on 28 February at 7 pounds 9 ounces and 19.5 inches long.” 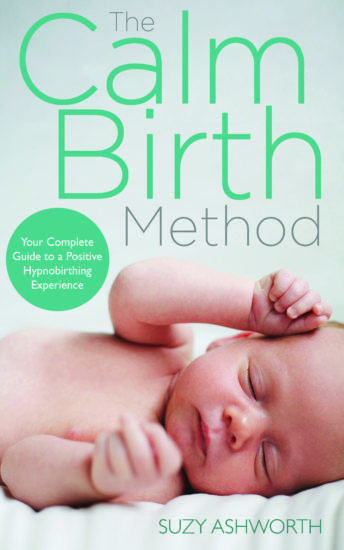 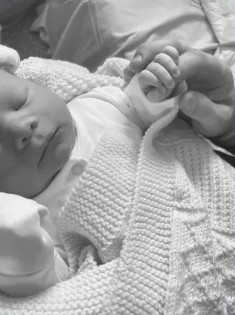 I Was So Proud Of Myself And Still Am 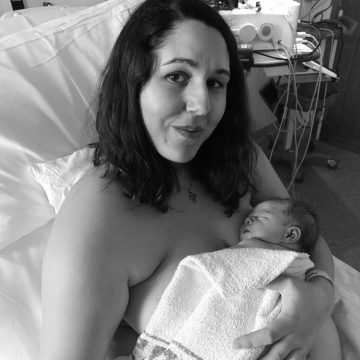 I Had Done It The Way I Wanted, And I Was Ecstatic.